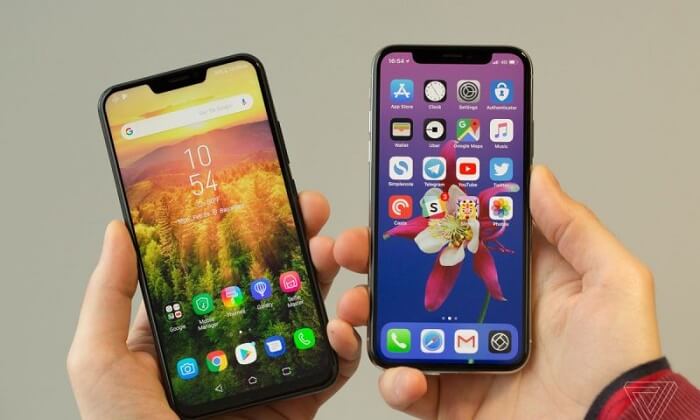 Android P is coming and so is iOS 12. Both Google and Apple have introduced new features for their latest operating systems. One of the most important updates for Android P is its addition of the new gestures.

Most new smartphones are trying to avoid the chin and trying to make the display as large as possible. Gestures are the only way out as the physical home buttons are being removed.

OnePlus already implemented their own gestures running Oxygen OS. However, for Google Pixel, it’s going to be something new. iOS had gestures as soon as the iPhone X was launched.

Both operating systems are in their beta versions right now. So, it’s not a very real comparison. But these are some of the main features that need our attention.

You can see how the main features of both Android P and iOS 12 compare against each other. You can also see a detailed comparison at Clashroid. Let’s see how the two OS compares.

For instance, there were hundreds of nifty changes in both iOS and Android. However, one of the biggest changes for Android was its support for the notch and gestures.

The iPhone X was the first flagship phone to use the notch. However, more Android phones are following the trend because of that near-infinite display.

Let’s compare some of the main features of these two operating systems.

Gestures: Android P’s gesture support is new but iOS 11 already had them. However, the iOS gestures are much smoother and easier to remember.

Notch Support: I personally like Android’s notch support better. It’s customizable and looks better than Apple’s big notch. In fact, Android P has support for up to 3 types of notches.

Usage Monitoring: I think it’s a tie here. Both Android P and iOS 12 does this extremely well. These features help you manage your time more wisely. For instance, I found I spend countless hours every day on YouTube.

AR Capabilities: Google’s one new feature – Cloud Anchors allows both iOS and Android users to enjoy AR games. It’s one of the nicest features to have.

Face Unlock: Apple’s Face ID is more secure than most options out there. So, iOS wins this. In fact, Face ID Gen. 2 is coming soon which is faster and more secure.

Performance: Android P has been optimized for the new hardware which makes it faster. Apple’s performance was always better than Android’s. But now, it’s almost neck-to-neck. Both OS performs extremely well. In the performance department, it’s a clear tie.

Both Google and Apple are going a great job with their new operating system. In fact, in order to compete with Google Maps which is far better, Apple has improved and redesigned their Apple Maps.