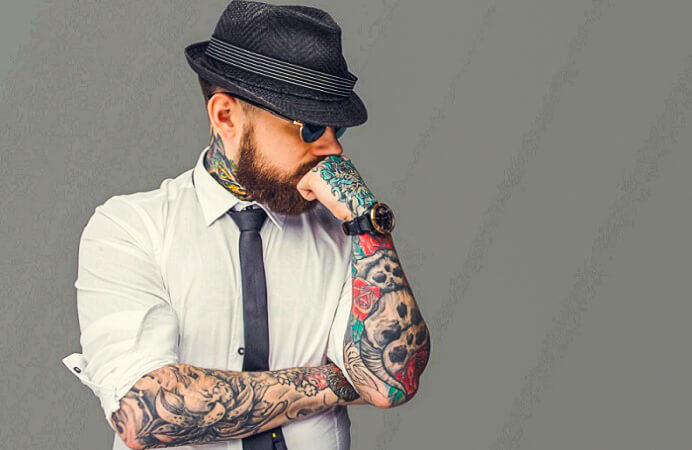 Getting a tattoo inked to the body is a painful and time taking thing. Getting the tattoo inked on the body is not time taking but drawing it on the paper is a work that only an artist can do. A tattoo can be a simple design depicting only one idea. But some tattoos are elaborative and depict a theme or a tradition and might tell a story. Traditional tattoos follow a tradition and have designs related to it. The main idea behind the tattoo is to make a statement and express the emotion or sentiment of the person.

Tribal tattoo and traditional tattoos follow a theme on which they are based. In the early days, making a tattoo on the body was a painful task and specialized people were only able to do it. However, with the introduction of new technologies, it has become easy but still, it is quite painful. With the latest machines and equipment used for tattooing, drawing a tattoo has become quite easy and popular among the new generation. Still, in some parts of the world, the traditional way of making tattoos is followed.

Traditional tattoos are classy in style and appear to be quite classical in terms of design. Like every tattoo has a story associated with it, these tattoos also have a history to them. The tradition of tattooing and making tattoos came for the Japanese. They developed various techniques to draw them on the skin and then spread these around the world. A man named Norman Collins was the reason behind the invention of traditional tattoos. Norman was a sailor and played a part in the history of Pearl Harbor. The sailor learned the techniques from a Japanese specialist and later developed it by adding new colors and designs to it.

Traditional tattoos are a part of tattooing designs for a long time. Norman Collins developed and introduced a tattoo-making machine. The man had great vision and portrayed them vividly through the tattoos. With the machine, Norman opened the gates for the introduction of new colors. During those times, getting tattooed was considered bad as only soldiers and the homeless did it on their skin. It is considered as a mark, which represented the person from where they belong.

The soldiers in the Pearl Harbor attack got themselves tattooed not because they were inferior but because they had no idea that will they be able to stay alive. And by tattooing, they left a mark on their body for their families to identify them. But with the introduction of traditional tattoos, things changed, and people changed their perspective towards tattoos. These tattoos are considered timeless and can outlive all the designs. There are numerous designs that can be inscribed in the tattoos and these are quite complex also. These classical tattoos came as a downfall for other tattoo designs.

Traditional tattoos are symbols of the tradition that the person follows or are a combination of two elements in one. Combinations can be Anchor and Wings or Scythe and Skull or Skull and Roses, etc. But no matter what design a person chooses, it all depends on the skill and hands of the artist drawing it. It is the charm and beauty of the artist which can perfectly present the meaning of the symbol or element.

Also read  How to Select Bracelet That Suits Your Personality?

Traditional tattoos have numerous design options as one element can be combined with another to get a new picture. These tattoos have a deeply embedded idea to them and carry a history. The love letter was a romantic way to propose to a girl in earlier times and depict the same with flower can be immortal. This symbol of love can live through ages.