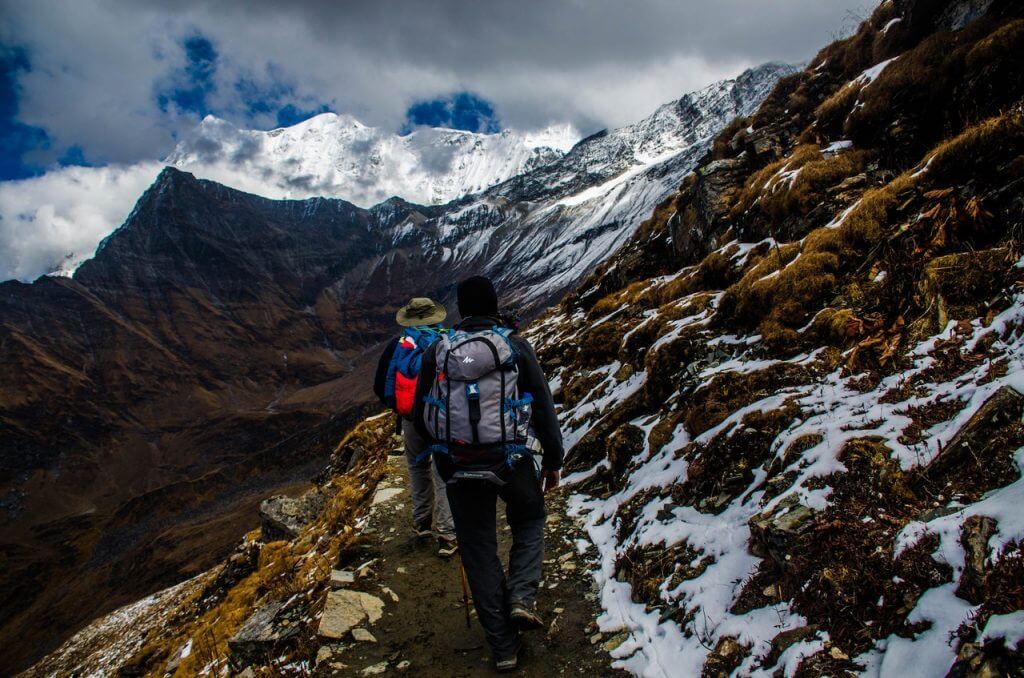 Himachal Pradesh is one of the states of India which is well known for its Mountains, Valleys and beautiful tourist Spots. The word Himachal has its resemblance to the Himalayas. Where “Him” Means snow so as its name implies this state is surrounded by snow-clad peaks of Himalayas, has beautiful valleys with lush green forests and rich with different kinds of flora and fauna. There are many rivers flown from the Himalayan Glaciers along with these valleys. One of the most beautiful valleys is Parvati Valley and it is named on the basis of Parvati River.

The Parvati Valley is situated in the Kullu which is one of the major districts of Himachal Pradesh. The whole covered by the forest of Himalayan trees and surrounded by wildflowers and plants. As you entered this region a different kind of aroma you feel due to the plants and trees. Your all stress will remove in seconds. Parvati Valley is also called the sacred valley of Himachal because its name is also the same as the Goddess Parvati. Apart from various tourist spots, this valley is also known for the Pilgrimage place called “Manikaran”.This place is the convergence point of two religions that is Hindusim and Sikhism.

As you go through this trek you will experience how mother nature blessed this area and showered her blessings upon us also. The Kheerganga Trek starts from Kasol and it is a 24 Km long trek

It will take 3-4 days to enjoy this trek. During trekking, you will visit, Kasol, Manikaran, Barshaini and then finally Kheerganga. You will also get the chance to see the local village life and to interact with the customers.

Reach Kasol after the nightlong journey from Delhi/Chandigarh. Check-In at the hotel and rest for a while. After getting ready have breakfast then start exploring the beauty of Kasol. The Kasol is the place which is known as -” Mini Israel” and “ Israel in The Himalayas”. This is the most favorite place of the Israeli Tourist. There are various cafe and restaurants in Kasol which caters a variety of Israeli food. After exploring the whole town and nearby places enjoy your evening with bonfire and music fest. After having dinner take rest at the campsite and get familiar with your trek mates.

Day 2: Kasaol to Kheerganga Via Barshaini

Wake-up early in the morning and get ready for the trekking after having a delicious breakfast. As you start you complete 4.3 km from Kasol, you will be at Manikaran. The Manikaran is the place known for Shri GuruNanak Dev Ji Gurudwara and Sri Ramchandra Ji Temple, Lord Shiva Temple & many small temple complexes. After visiting Manikaran start the trekking towards Barshaini. As you reach there trek towards Kheerganga starts. It will take 5-6 hrs to reach Kheerganga- The beautiful place in Parvati valley. During the trek, you will see wonders like Rudra Nag Waterfall which is famous for its serpent-like shape, ancient Lord Shiva temple complex, apple orchards and mesmerizing view of the forest. After reaching Kheerganga take rest for a while and explore the nearby forest trails, In the night enjoy your dinner with the bonfire at the campsite. After dinner retire to your tent.

Wake-Up early in the morning to see the breathtaking sunrise after getting freshen up and breakfast enjoy hot spring pool named Parvati Kund. It will be a nice feeling to have a dip in hot water. After this activity, pack your bag and descend towards Kasol. If time allows, visit Barshaini town for a while. Till evening you will reach Kasol. As you reach there have some rest and then board on the Bus or hire some private tourist cab for your ongoing journey with all the lifetime memorable moments.

The best time to visit Kheerganga Trek is from April – June, and September – November. The climatic conditions remain suitable for trekking. Monsoon is not suitable for trekking because this area gets heavy rain and due to hilly terrain there are chances of land sliding. During winters you can go there but again not advised because of heavy snowfall so if you are planning to go during winters confirm it before from the service provider or from authority.

Difficulty Level of The Kheerganga Trek

The difficulty level of the trek is easy. It can be attempted by a child above 9 yrs as well as by a person of age till 50. Average physically fit person can easily trek on this route.

This is all about Kheerganga Trek.