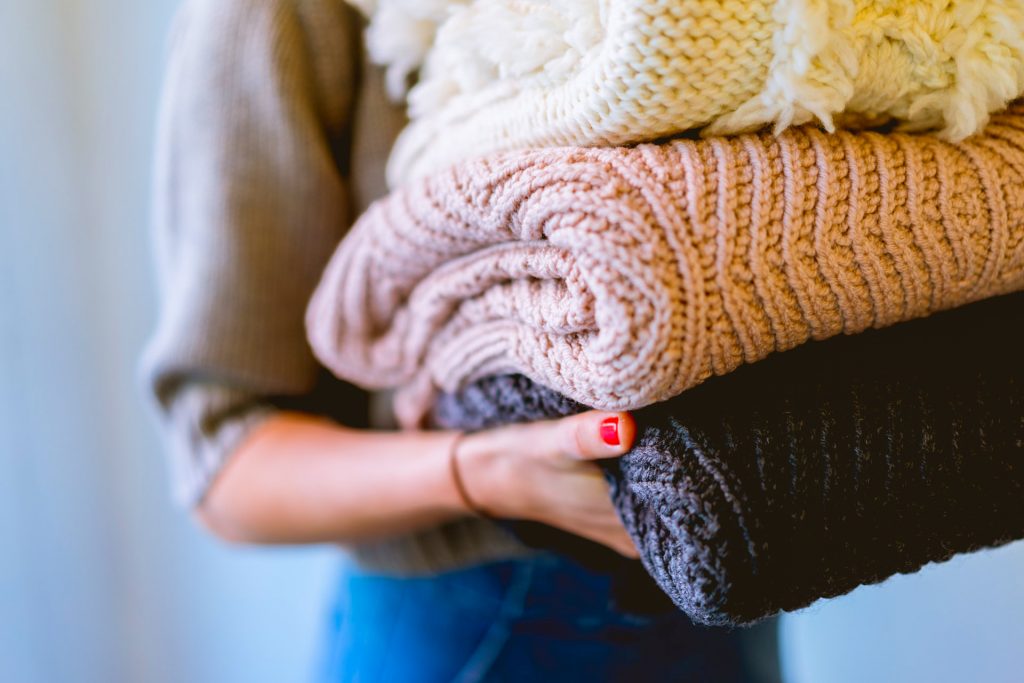 Have you ever opened the wardrobe to catch the clothes from another season and it has smelled like humidity, or have you noticed that the clothes just are taken out of the washing machine do not smell good? It is very unpleasant because we all like our clean clothes and our closets smell good. Now we will see how to eliminate the unpleasant musty smell from clothes.

The first thing to do to remove the musty smell of clothing is to identify where the unpleasant smell comes from since it can have several causes, and each one must be treated differently:

The first option is that the musty smell comes from having the clothes locked in the closet for a long time, in which case it is usually enough to wash the clothes and ventilate and acclimate the closet before putting them back in. Dehumidifying boxes are handy to avoid humidity in drawers and cabinets, ; they absorb environmental moisture and guide it into a container, away from clothing.

If you don’t like industrial dehumidifiers, you can prepare absorbent bags with coarse salt placed in mesh bags or using old stockings. Cotton soaked in water and baking soda may be helpful. Also, it is advisable to check the closet and drawers well for mold in them, and if necessary, remove it with detergent and bleach.

The second option is for the moisture or musty smell to come from inside the washer or dryer, which are appliances where dirt builds up one wash cycle after another. Initially, the dryer should be avoided as much as possible and, as for the washing machine, if you notice that its interior emits a musty smell, you can try to program a short wash with a generous jet of white vinegar or apple in the detergent drawer.

The third option is that the clothing has developed or is developing mold. Mold not only causes a bad smell, but can also be harmful to health, so it must be removed immediately with a mixture of water and bleach, either in the washing machine or by hand washing. Once the mould is removed from the garment, it must be allowed to dry and check that the odour is gone, or it will have to be rewashed.

How to remove the musty smell of clothes: a few tricks

In any case, there are a few tricks that will allow you to always enjoy a fresh smell in your clothes with minimal effort:

Prevent clothes from getting wet before, during or after washing

clothes should never be allowed to stay damp. If a garment gets wet, it should be washed immediately or, if that is impossible, allow it to dry in the sun before throwing it in the laundry bucket. When you finish washing it, you must immediately remove it from the washing machine and put it outside, since the sprays enhance odours in clothes.

If the musty smell of clothes is persistent, you ought to rewash it, including baking soda or white wine vinegar into the laundry. A teaspoon mixed with the detergent is usually enough for loose clothing, but if it’s all the laundry, which has been left in the washing machine longer than strictly required, the washing needs to be performed again with a cup of baking soda instead of detergent. It’s always a good idea to lay outdoors, but in the case of using lemon, it’s essential.

Also read  How Textured Render Finish Can Enhance the Beauty of Your Dream Home?

Add vodka to get rid of the odour

if the smell affects few clothing or only certain areas of them, vodka is a great ally. It’s enough to impregnate a clean cloth inside this drink and rub gently on the garment. The bad odor will disappear instantly. It’s important to remember there are particularly sensitive areas, such as the fists, the areas with rubber and gathers and the necks, where you must rub more intensively.

Even though it seems odd, the cold helps to dispel bad odours, so if the musty smell is not too powerful, you can try washing clothes with ice water or putting the clothes in a plastic bag and putting them in for 10-15 minutes in the freezer.

Steaming your clothes can eliminate the musty smell as efficiently as a complete wash, and much quicker.

The last solution remains ammonia, an infallible product which, even though it works superbly with dirt and bad smells, and even for bleaching clothes, that should be considered a solution of last resort because it is a toxic product that must be handled with caution, as its vapours are very harmful.

Ammonia can remove odors from humidity, but it is competitive with clothing (it can wind up breaking it due to wear of the fibres if it’s used a lot). It should not be used together with bleaches since the union of both products leads to poisonous vapour for the lungs.

Bleach may also be an effective weapon. There are industrial bleaching products available in supermarkets.